An ashlar is a stone used in masonry……

(see the stone on the left of the picture above)

and as the freemason learns the lessons of freemasonry and applies them to himself….that one becomes a perfect ashlar

unlike painting where you apply layers onto a canvas…adding on to your canvas with outside things….sculpting is the opposite…it is a chipping away at the piece of stone getting worked on….YOU!…this is why the ancient sages said…”know thyself”…….only you can work on yourself…….chipping away at the imperfections to bring about the perfectly polished brick…worthy to be used in the house of god

another allegory of the same thing……of gaining control over your ego….would be st george slaying the dragon…..confronting the dark in yourself….(we all have a light and a dark side)……..the things difficult to confront..it would also be jesus riding/controlling the stubborn donkey 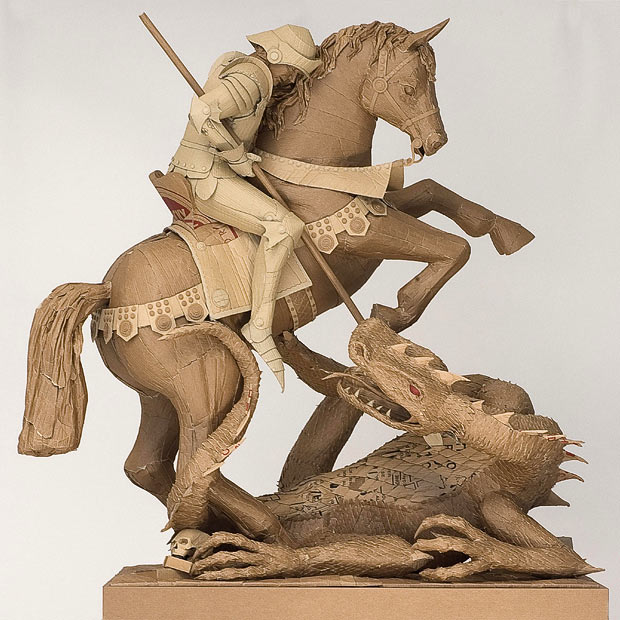 according to the occult teachings….man has a divine and an animal nature….or a winter part of the “inner” zodiac and a summer part of our “inner” zodiac….and the two wrestle for control….we’ve seen it in cartoon form as the angel and the devil on each shoulder 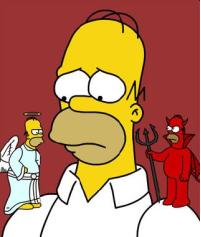 when we chip away at the ashlar within…….we present ourselves as worthy to be part of the greater structure

5 you also, like living stones, are being built into a spiritual house[a] to be a holy priesthood, offering spiritual sacrifices acceptable to God through Jesus Christ.

I mentioned a little about it in this previous blog

this symbol below represents the sepher yetzirah….lets look a little closer at it’s meaning 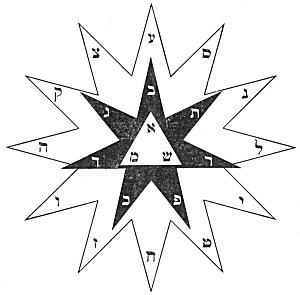 notice the triangle in the middle?

it has three hebrew letters in it

these are the three “mother letters”

here’s what it means……it stands for many things…the trinity of christianity….the hindu gods brahma vishnu and shiva etc…..in the zodiac it’s the cardinal…fixed….mutable signs

in kabbalah it is the three top spheres of the tree of life…kether,chokmah and binah

see the diagram above….take your time and see the three letters….aleph… the wee red line …..up and down

they are the three dimensions in the cube above

next are the seven “double” letters…..(notice the black 7 rayed star in the sepher yetzirah picture above)…why seven “double letters?”….because they can be uttered with a hard and soft tone…they can’t make their mind up!….they are contrasts…..7 opposites

the seven letters are 7 opposites

gimel is the moon

resh is the sun

they are the green letters in the image above

gimel is below…and the moon

resh is south….and the sun

and guess what letter holds the middle……holds it all together

saturn/tau is hidden in the cube….holding the 6 dimensional twins together

again…this is why mankind has been hexed….hex means six……and interestingly hex also means witch in german…..see my upcoming blog on halloween for more info!

and again….how interesting that saturn holds the 6 together and saturn has a hexagon on its north pole!

he is the ruler of this world….saturn and the restrictive pull….holding the cube together….restriction….binding…..saturn is all about holding you back

he is the timelord…saturn/chronos is where we get the word “chronology” from..saturn is known as the black cube as said before

so…..this is why saturn is represented as a black cube!

saturn holds this 3D world together…….or in biblical terms…satan is the ruler of the world!

and saturns colour is black……again…hence the black cube

what about the 12 letters?……in the sepher yetzirah pic above….notice the star on the outside with the 12 rays?

the letter heh represents aries in the zodiac…and in the cube above it represents north east….can you see it on the cube….it is one of the edges of the cube…….

zain is gemini is the east above

cheth is cancer is east below

teth is leo is north above

yod is virgo is north below

lamed is libra is north west

nun is scorpio is south west

samekh is sagittarius is west above

ayin is capricorn  is west below….just a wee sidenote…the hebrew letter ayin means “eye” and it corresponds with capricorn….capricorn is the goat…..capricorn is ruled by the planet saturn/satan……now do you see another connection with the eye of the devil/satan/the goat…or the “evil eye”…….it’s nature and the zodiac…and the hebrew letters…..incidentally…..the film “eye of the devil” was sharon tates first film…(sharon tate was murdered by charles mansons group of followers in the 60’s)………….the film was originally called 13 and at the end….(spoiler alert…he he) david niven has to pay for the poor wine harvest by giving his life up……he stands in the middle of 12 hooded men in a circle……now I wonder what that represents….it couldn’t be the zodiac…could it?

(david niven’s character is representing the sun….and the man shoots him with an arrow….the horseman being sagittarius…..the man with the bow and arrow rides a white horse….isn’t there a verse in revelation about a rider with a bow on a white horse?….the one who pierces the sun with the spear or arrow to send him off to death…..(jesus was pierced with a spear)….and then you see his son…..the new ruler to be!…………………………… just as the new sun is born on december 25th each year)

(I originally had the clip of the film here to watch…but the clip has been removed from youtube….sorry folks!)

however its an allegory of the zodiac and the year…..if you watch the film…you will see it in a whole different way if you remember these things

its the greatest story ever told and the never ending story…and you will see it throughout many films,operas,books

in fact joseph campbell called it the monomyth

when you read the summary on the wiki page above….think of frodo in lord of the rings,neo in the matrix,harry potter

back to the cube

tzaddi is aquarius is south above

and finally the last edge of the cube

qoph is pisces is south below

satan/saturn is the prince of darkness/winter…..he blinds and binds people

4 Satan, who is the god of this world, has blinded the minds of those who don’t believe. They are unable to see the glorious light of the Good News. They don’t understand this message about the glory of Christ, who is the exact likeness of God.

2I saw the Holy City, the new Jerusalem, coming down out of heaven from God, prepared as a bride beautifully dressed for her husband.

hi look the bride is ready for her husband…there’s gonna be some hieros gamos shenanigans going on!

10And he carried me away in the Spirit to a mountain great and high, and showed me the Holy City, Jerusalem, coming down out of heaven from God. 11It shone with the glory of God, and its brilliance was like that of a very precious jewel, like a jasper, clear as crystal. 12It had a great, high wall with twelve gates, and with twelve angels at the gates. On the gates were written the names of the twelve tribes of Israel. 13There were three gates on the east, three on the north, three on the south and three on the west. 14The wall of the city had twelve foundations, and on them were the names of the twelve apostles of the Lamb.

and the names of the 12 tribes of israel on them?

every one of us on this earth are one of the 12 tribes of israel…..I’m of the tribe of aquarius myself

15The angel who talked with me had a measuring rod of gold to measure the city, its gates and its walls. 16The city was laid out like a square, as long as it was wide. He measured the city with the rod and found it to be 12,000 stadiac in length, and as wide and high as it is long. 17The angel measured the wall using human measurement, and it was 144 cubitsd thick.e 18The wall was made of jasper, and the city of pure gold, as pure as glass. 19The foundations of the city walls were decorated with every kind of precious stone. The first foundation was jasper, the second sapphire, the third agate, the fourth emerald, 20the fifth onyx, the sixth ruby, the seventh chrysolite, the eighth beryl, the ninth topaz, the tenth turquoise, the eleventh jacinth, and the twelfth amethyst.f 21The twelve gates were twelve pearls, each gate made of a single pearl. The great street of the city was of gold, as pure as transparent glass.

can you see it’s all about the zodiac?….each one of those stones mentioned in the verses above equate with one of the zodiac signs

it also works with the musical scale………a piano has 88 keys…..yet it only ever has 12 notes to pick from…..hmmm…12 notes….number 12 again….and seven of those notes are the white keys…ADCDEFG…..seven notes?….could they equate with the 7 planets?

so the 5 black keys on the piano…they are the 5 zodiacal winter signs….scorpio,sagittarius,capricorn,aquarius and pisces….the winter months….before the lamb of god arrives to bring the light back to the northern hemisphere!

1The fifth angel sounded his trumpet, and I saw a star that had fallen from the sky to the earth. The star was given the key to the shaft of the Abyss. 2When he opened the Abyss, smoke rose from it like the smoke from a gigantic furnace. The sun and sky were darkened by the smoke from the Abyss. 3And out of the smoke locusts came down on the earth and were given power like that of scorpions of the earth. 4They were told not to harm the grass of the earth or any plant or tree, but only those people who did not have the seal of God on their foreheads. 5They were not allowed to kill them but only to torture them for five months. And the agony they suffered was like that of the sting of a scorpion when it strikes.

the abyss is winter…l’inverno…the inferno…..hell is cold…..yet it burns everything away in it’s cold fire

and you have scorpions and 5 months……..

and again…isn’t it interesting that revelation says that there will be a new song?

The Lamb and the 144,000
…2And I heard a voice from heaven, like the sound of many waters and like the sound of loud thunder, and the voice which I heard was like the sound of harpists playing on their harps. 3And they sang a new song before the throne and before the four living creatures and the elders; and no one could learn the song except the one hundred and forty-four thousand who had been purchased from the earth. 4These are the ones who have not been defiled with women, for they have kept themselves chaste. These are the ones who follow the Lamb wherever He goes. These have been purchased from among men as first fruits to God and to the Lamb.…

also in revelation….has it ever struck you that it might be a bit about time?

and isn’t it strange that there are 1440 minutes in a day?….take it to the third level and you get 144000………now isn’t that strange….almost like the day…the year and the great year…the 3

if you’ve read and understood my previous blogs……the 4 living creatures and the lamb should strike a chord….and talking about chords

the occult teachings say that aleph…mem…and shin…the three mother letters in music correspond to the 1st 3rd and 5th notes of a scale or mode….which make the major triad

whether its really occult teachings or pareidolia……you decide! 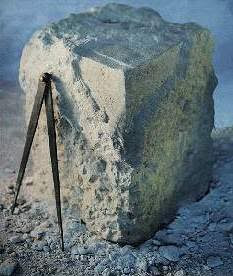 thanks for reading……again please share these blogs if you think they are interesting!