Hi fellow peoples of the planet!

All throughout the bible,from Genesis to Revelation,we can see that the number 7 features prominently.

From the seven “days”of Genesis (six creative and then the seventh,the day of rest,)to the seven seals,seven trumpets and seven bowls of judgment in the last book of the bible,namely the Book of Revelation.

The number seven saturates the scriptures.

The above pictured menorah also has seven branches.

So why the number 7?

I have heard people saying that it means completeness,but why would the number seven represent completeness?

Why not three or four or any other number?

Is there anything else that might explain the riddle of the seven?

The seven planets of the ancients!

So why seven planets,what does it even mean?

Well the seven classical planets represent seven concepts/forces/energies which affect us all.

It took me a while to get used to this concept,seven planets affecting us down here on the earth?

And two of them aren’t even planets!

If you don’t know the seven planets of the ancients already,here they are.

(in fact you do already know them,they are all contained in the days of the week.)

Each day is named after one of the seven planets of ancient times.

Monday is named after the moon(moonday).(see,not even a planet!)

Luna is the goddess of the moon.

In English its called Tuesday,named after Tyr.

Tyr is the god of combat,linked to the god Mars (the god of war.)

Tyr is Mars as seen through the cultural lens of the Norse folk!

Mars also gives us the name of the month of March!

Why is March named after Mars?March is the month that starts off the sign of Aries.

And as all astrologers know….the planet Mars rules the sign of Aries! (Ares/Aires )

The God Ares is actually the Greek version of Mars,as Tyr is the Norse.

In the bible the Areopagus (Ares Rock) is also called Mars Hill.

The only thing different about them is the fact that various cultures talk about the same concept/force in their own unique manner.

Wednesday in French is “Mercredi” (Mercury day) or Wodan’s day.

Wodan/Odin/Wotan is equated with the god Mercury.

Mercury is also the god Thoth of the Egyptians,and Hermes of the Greeks.

Thor is Jupiter,he is also Zeus,again all the same influence or force,represented in various myths.

Thor is a god of thunder,Zeus and Jupiter are also gods of thunder and storms. 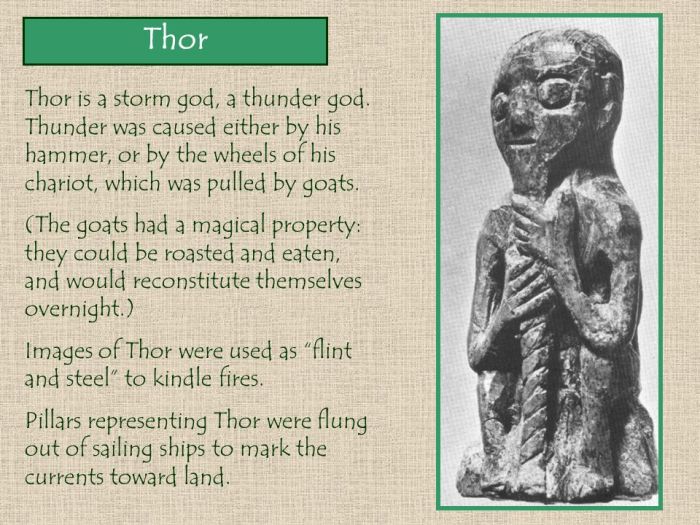 Friday is “Vendredi” in French,named after Venus,and Venus in Norse is Freya or Frigg!

Venus is also Astarte,Ishtar and Aphrodite,all feminine forces,not because the cultures copied each other,but rather they personified a natural force of nature through their own cultural lens.

In fact look at all the names on this picture below,ask yourself,why do all the nations earthwide have this force of fertility,beauty and love?

Any old punk rockers out there will now know why the Sex Pistols song “Friggin’ in the riggin'” starts off with the lyrics.

“It was on the good ship Venus!”

In french it is Samedi (Sam’s day) Sam is connected with Saturn. Saturn is Satan.

Some people even contend that “Uncle Sam” is representing Saturn/Satan. 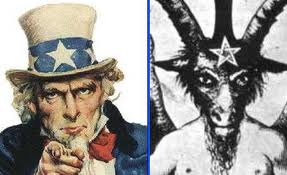 Please remember Satan/Saturn is a force and concept.It represents opposition and resistance.Think also of the word “Saturnine.”

Finally we arrive at Sunday,named after the Sun of course (again…not a planet).

The Sun is Jesus,the Sun is the Lord,and in french the word for Sunday is “Dimanche.” meaning “day of the lord.”

Now we have the magnificent seven!

As stated previously,each of the planets is really an “influence” an “energy” or “concept” symbolized by each planet.

For example the phrases “martial” law,or “martial” arts  come from Mars the god of war.

The atmosphere of combat/war was symbolized as the “god” Mars to the ancients.

In a war between two armies,be sure,the god Mars is in the midst of it,reveling in the division….the boisterous energy/combat/killing/mayhem.

I would like to stress this point however,each planet or god,has both a good influence as well as a bad influence.

The planet Mars has good energies also,think of the boisterous energy of a crowd at a concert.

The word “mercurial” comes from the planet Mercury and means animated/lively/sprightly/quick witted…which Mercury surely is!

The god mercury has wings on his feet,because he is the messenger of the gods,he brings the messages from the Gods (or realm of thought,hence why he is called Thoth (thought) in Egypt.

In Greek he is called Hermes.

When you stub your toe….Mercury is the one who carries the message to the brain to let you know……instantly with his winged feet!

Lots of courier firms are named after this planet.Hermes,Mercury,Gemini.(Mercury rules the sign of Gemini.)

This is why the sign Gemini (important!…ruled by mercury) is involved with communication and travel.

However,Mercury is also the magician,the trickster and the god of thieves.

Jupiter is Jove/Zeus/Thor/Vulcan.Once again they are all the same god or energy/influence.

This is where you get the word “jovial” from.Jupiter is the greater benefic in astrology.

Venus (the lesser benefic) is the planet of love or desire.However you can always have too much of a good thing!

This is the role Saturn “plays.” The colour black is Saturn’s colour.

Think of funerals/courts/churches,the connection to the colour black and the gloominess that is the Saturnian influence.

Yet Saturn does have a good side.

Christmas arrives in the sign of Capricorn ruled by Saturn,and Christmas is party time!. Time for some revelry (Saturn is also the god of revelry.)

Saturnalia in ancient times was a time of revelry.

From funerals to Saturday night.You have both sides of Saturn’s extreme energies….and they are extremes!

Saturn is the most extreme of the planets in that it is furthest from the Sun and takes almost 30 years to make an orbit.

Saturn is old father time/the ancient of days in the bible…the one with the long white beard.

He is also the grim reaper with his scythe or sickle.He is the god of agriculture(he harvests souls.)

It’s a dirty job,but someone’s gotta do it!

Blue oyster cult had the song…”Don’t fear the reaper.” Do you think they were maybe talking about Saturn?

The song comes from this album named “Agents of fortune.”

Do you notice where his finger is pointing on the album cover?That is a symbol of Saturn or Kronos/Chronos.

Back to the planets again.

What about the Sun/Mr Sunny himself.

The Sun is the light/the Messiah/the Christ.

When the sun shines you notice the dirt,you see dust in the air all around you.

It shows up everything,it also reveals things that were once hidden by the darkness…hence spring cleaning.

When the Messiah arrives on the earth,all of the works done in darkness will be exposed to the bright light of the Sun/Jesus/the truth/the Messiah!

The creatures that belong to the darkness will now retreat from the light exposing their dark works!

There will be a spring cleaning on this earth as sure as spring shows up every year…it has to…it is a cycle.

And finally the beautiful silvery Moon!

The moon is “female,”she is adorned in virginal white.She reflects her husband’s (the sun) light.

The moon is linked to water/blood/emotions and the tides,also the woman’s menstrual cycle.

These are the magnificent seven!

We can see the seven hidden in the scriptures,again just under the surface,and it needs a bit of digging to see them.

Here’s an example below.

“And I turned to see the voice that spoke with me. And being turned, I saw seven golden lampstands”

(Here we have the number 7 mentioned,so it should alert us to have a look for the seven planets.)

Next,John describes someone like a “Son of man” in the midst of the seven.

“And in the midst of the seven lampstands one like unto the Son of man, clothed with a garment down to the feet and girt about the breasts with a golden girdle.His head and his hairs were white like white wool, as the snow, and his eyes were as a flame of fire,and his feet like unto brilliant metal as if they burned in a furnace and his voice as the sound of many waters.And he had in his right hand seven stars, and out of his mouth went a sharp two edged sword, and his countenance was as the sun when it shines in its strength.”

Do you see the 7 planets in these verses?

You will! Only if you know what you are looking for.

Page 186 in the webpage below quoting “the secret teachings of all ages” by Manly Palmer Hall,has this to say concerning the description of the logos figure above.

“The Logos-figure described is a composite picture of the seven sacred planets: he has the snowy-white hair of Kronos (‘Father Time’), the blazing eyes of ‘wide-seeing’ Zeus, the sword of Ares, the shining face of Helios, and the chiton and girdle of Aphrodite; his feet are of mercury, the metal sacred to Hermes, and his voice is like the murmur of the ocean’s waves (the ‘many waters’), alluding to Selene, the Moon-Goddess of the four seasons and of the waters.”

Kronos is another name for Saturn.

The sword of Ares,and again Ares is the Greek name for Mars.

Helios mentioned in the verse above,is the Sun.

“Heliopolis,” means “City of the Sun”. Another name for Heliopolis was the city of “On”

And light manifests when we switch it “on!”

Aphrodite/Venus in the verse above is girt around her breasts with a golden girdle.

Mercury is a liquid metal,and the verse above mentions the feet being like a liquid metal from the furnace.(remember also the wings are on Mercury’s feet)

Selene is Diana/Dinah/Artemis…..the Moon,and the moon affects the tides just as “the sound of many waters” are heard from the composite figure.

Mordecai and Esther are the benefics…Mordecai is Jupiter and Esther is Venus!

Each of the seven wonders of the ancient world are also named after one of the planets!

Here’s an interesting talk on Saturn and its influences.

I cant recommend this enough,this guy explains things better than I could ever hope to do.

Once YOU get the patterns,and know what to look for yourself……you will see these planets (or gods) all throughout the bible.

And you will start teaching yourself,you will do the digging!

“When the pupil is ready the teacher will (and must) appear”

In the book of Ezekiel,there is a man with a writing case at his side.

Now what planet or god is connected with writing and communication?

what planet is the psychopomp?

Check the caption belonging to the picture in the above wiki page to see what planet or god is the psychopomp.

Googling is a great tool to help see all the facets and nuances of each of the seven planets.

Notice he puts a mark on the head of all those sighing and groaning over the things happening on the earth.

What is the mark?

Again,the mark is connected to a planet.What planet?

Why are they there? More to come in later blogs.

They are all there in the bible,you just need to see the patterns,and you will see them all over the pages.

In later blogs we will go into more detail about each of the planets as they “star” in the allegories all through the bible along with the zodiac signs.

You will never need to look to any religion to guide you,you will be your guide!

2 thoughts on “The Magnificent 7 planets.”